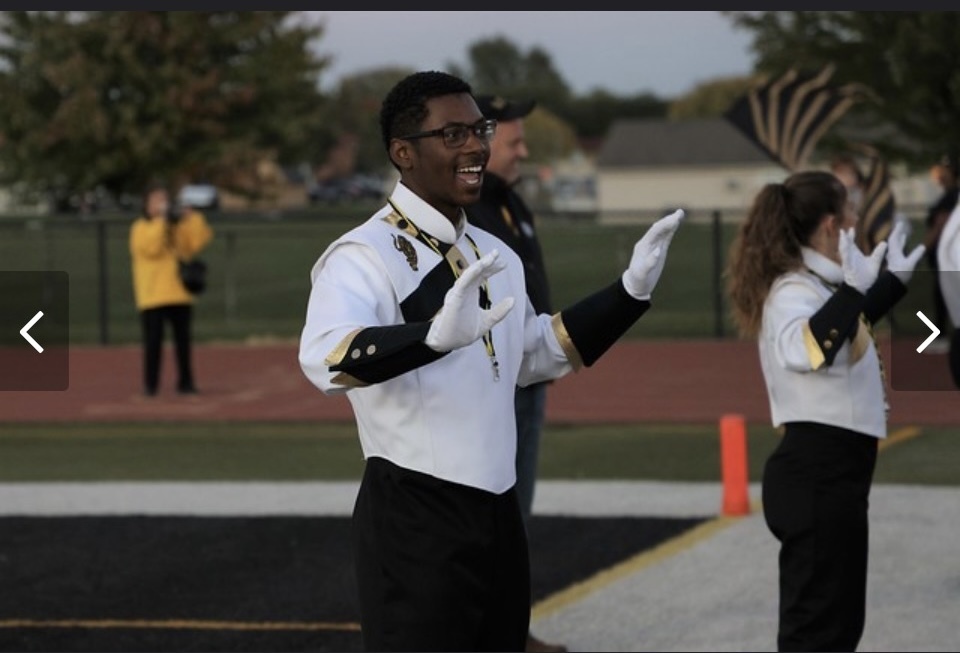 When Derrick Neal first sat down as a fifth-grader in Carol Collins’ band room he had no idea what instrument he would play, or where his musical talent would take him.

Now, seven years later, Derrick has moved from his plastic “starter” trombone to leader of the Macy’s Great American Marching Band in the 96th annual Macy's Thanksgiving Day Parade this November. This band will be comprised of America's finest high school musicians, color guard members and dancers from across the United States, with the Burr Ridge Middle School graduate at the helm.

The band is under the direction of Dr. Richard Good, Auburn University, supported by several talented music educators from across the country who serve as section instructors and assist in teaching the music, drill and parade formation. The 185 musicians will be complemented by approximately 40 flags and dancers.

BRMS grad Derrick Neal was selected out of the hundreds of students that came through the prestigious Smith Walbridge Clinics (SWC), partners since 2006 with Macy’s for the selection of the Great American Marching Band members who will appear in the parade.

According to Abby Houser, the director of Smith Walbridge Clinics, Derrick was selected based upon his exceptional performance and attitude at SWC this summer, combined with staff recommendations. In her selection letter this summer Ms. Houser stated, “We know you would represent our camp and your home school to the highest degree.”

Derrick is currently a senior and a member of the marching band at Joliet West High School, and was recently selected to play first chair in the Illinois Music Education Association’s All- State Band.

Ms. Collins said, "I have never had a student who was more motivated to play his instrument than Derrick. His talent and uplifting spirit were infectious. Derrick made everyone around him want to perform at a higher level and be a better person."

Burr Ridge CCSD 180 has always been committed to the performing arts and provides every students with instruments and excellent instruction so that every child can develop their musical talents.

With all of his musical success, Derrick still has had trouble deciding which instrument to play, but now it is because he’s mastered ten of them.

Click here to view this article as a PDF.